The major Las Vegas football betting contests are going strong, with 3,148 entries in the Circa Sports Million, 1,172 entries in the SuperContest, and 72 entries in the high-stakes SuperContest Gold. Every NFL season, leaders in these contests exhibit an incredible ability to make winning NFL picks, and this season is no different. If you’re looking for free NFL betting picks to follow each weekend in the regular season, then you can look to the leaders of these competitions. Here are the picks made by the contest leaders for Week 5.

Do note that these sports betting contests use contest point spreads that are locked in once released and do not change as regular point spreads might change.

Entering Week 5 of the Circa Sports Million, it’s ‘SunnySanDiego-1’ leading the way with a record of 18-1-1. He’s actually 18-2-1 after Thursday Night Football between the Tampa Bay Buccaneers and Chicago Bears, though, because he had Tom Brady and the Buccaneers on his card for Week 5. With a lead of 1.5 points coming into the week, ‘SunnySanDiego-1’ has a little bit of a cushion to work with.

In Week 5, ‘SunnySanDiego-1’ has selected the following sides as picks:

In addition to the entry that’s tied for second place, the ‘ODBMG-1’ entry is 16-4 entering Week 5 of the Circa Sports Million. In the SuperContest, ‘ODBMG2’ leads the field and won the contest’s first Quarter Prize with a record of 18-2. The other SuperContest entry, ‘ODBMG,’ is tied for 14th at 14-6.

In Week 5, ‘ODBMG-2’ is on the following sides in the Circa Sports Million:

In Week 5, ‘Red Chip Mafia-2’ has selected the following sides as picks:

The most popular Circa Sports Million selection for Week 5 is the Steelers (-7), selected by 1,153 of the 3,148 entries (36.6%). The Cleveland Browns (+1) is the second-most popular selection with 1,035 picks (32.8%). The Steelers are hosting Carson Wentz and the Philadelphia Eagles in Week 5, where the Browns play host to Philip Rivers and the Indianapolis Colts.

In the Las Vegas SuperContest, it’s ‘ODBMG2’ on top of the pack with a record of 18-2. He also has the ‘ODBMG’ contest entry that is tied for 15th, so let’s take a look at who he is on in Week 5 of the SuperContest.

In Week 5, ‘ODBMG2’ is on the following sides in the SuperContest:

In Week 5, ‘ODBMG’ has selected the following sides as picks:

In the high-stakes SuperContest Gold, which requires a $5,000 buy-in and has a winner-take-all prize pool, ‘Frankies Force’ was leading the pack entering Week 5. His record was 14-5-1, although defending champion ‘Walter Payton’ did pull into a tie for first place thanks to having the Chicago Bears (+3.5) on the card for Week 5. Let’s take a look at both teams’ selections.

In Week 5, ‘Frankies Force’ is on the following sides in the SuperContest Gold:

In Week 5, ‘Walter Payton’ has selected the following sides as picks: 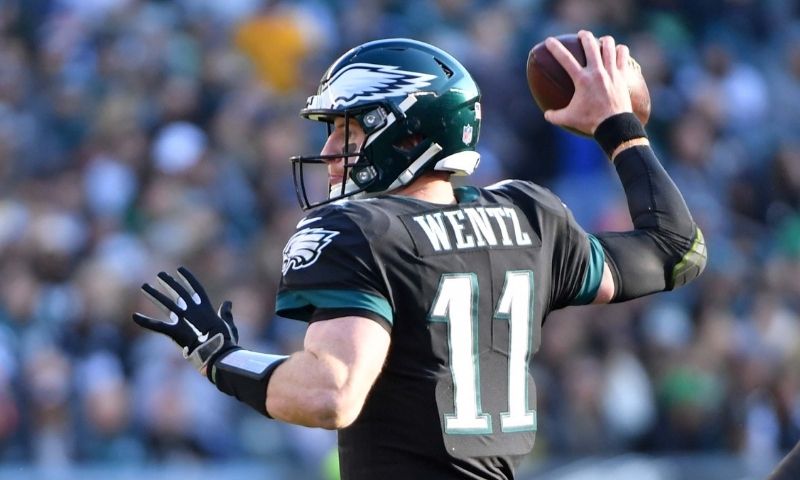