In addition to the Buffalo Bills hosting the Kansas City Chiefs on Monday Night Football, we’ll be getting the Arizona Cardinals heading to Texas to take on the Dallas Cowboys. After the Cardinals opened as road favorites following the injury to Dak Prescott, the betting line has gradually shifted towards Dallas, and the Cowboys are now the favorites entering the game. In this article, we’ll break down the Cardinals vs. Cowboys matchup from an NFL betting perspective and provide a few free picks for the game.

The second half of today’s doubleheader sees the Cardinals travel to Dallas to take on the Cowboys. Andy Dalton will be making his first start in Dallas after coming in mid-game last week following the gruesome leg injury to Prescott. All eyes will be on the “Red Rifle,” who is considered by many to be the best backup QB in the game.

However, Dalton has to deal with plenty of injuries on the offensive line, which could make for a long night.

Prescott was no doubt the biggest injury for Dallas so far this season, but it certainly wasn’t the only one. Just before last week, the Cowboys shut down former All-Pro tackle Tyron Smith, who has undergone season-ending neck surgery. Despite losing these two offensive stalwarts, the Cowboys are actually healthier than they’ve been all season everywhere else. The Cowboys have no players listed as out for just this week, and that includes linebacker Leighton Vander Esch, who is expected to make his return from IR tonight.

Dalton is a veteran and he got some run with the starters in last week’s game, so there’s no reason to think that he can’t step right in and help out this offense. However, there could be problems with his lack of mobility, as Prescott continuously made plays out of the pocket with his legs, often due to pressure in his face from the pass rush.

Cardinals Need To Expand the Offense

The Cardinals were one of the early Cinderella stories of the season, shooting out to a 2-0 start, before disappointing losses to the Detroit Lions and the Carolina Panthers. They got back on track last week with a 30-10 win over the New York Jets, but that shouldn’t impress anybody given how the Jets have looked.

Simply put, the Cardinals offense is fairly one note at the moment. Kenyan Drake has frustrated fantasy owners, and likely Kliff Kingsbury as well. It looks like Chase Edmonds is getting more and more snaps each week.

In the passing game, all of the targets seem to be funneling to DeAndre Hopkins. “Nuk,” as he’s called, has accounted for more than one-third of the team’s catches and has accounted for 41% of the team’s total passing yardage. Christian Kirk has been banged up throughout the year, Andy Isabella has shown only flashes of brilliance, and future Hall of Famer Larry Fitzgerald appears to be an afterthought in this offense.

The Cardinals simply need to do more than throw screen passes to Hopkins in order to be successful in 2020.

This is a classic “win one for “The Gipper” spot for the Cowboys, who surely want to win one for their fallen quarterback, Prescott. Here’s the problem, though: the Cowboys aren’t good, at all. In fact, one could easily argue that they were only hanging in many of these games due to the fantastic play and improvisation from Prescott.

As mentioned before, Dalton is a pro, and he should step in just fine, but he is going to have a hard time behind this offensive line that simply isn’t the dominant unit it has been in the past couple of years. The Cardinals offense needs more big plays and it might have a good shot at that tonight because it’s going against a Cowboys team that allows an NFL-worst 36 points per game. Go with the Cards.

We have just a quarter and a half of football to go off of in regards to Dalton in this offense, but one thing seemed clear last week: Dalton had a connection with Michael Gallup.

Gallup has been a big disappointment so far this season, as he has clearly lost his WR2 role to rookie CeeDee Lamb. However, Dalton hooked up with Gallup three times late last week for 65 yards. Despite his struggles, Gallup has hit the over on this number in three of five contests, and if he does in fact have that connection with Dalton, then this should be another cover for him.

We talked earlier about the struggles of Drake, and it hasn’t helped him that Edmonds is outplaying him. Edmonds is averaging 5 yards per carry versus 3.7 for Drake. In the passing game, Edmonds has three times as many receptions, despite seeing less of the field than Drake. With that in mind, this number is simply way too low on Edmonds, especially in a game with an over/under total of 55 points. There is a decent amount of juice on this number (-175), but it certainly seems worth it to bet on a player coming off back-to-back 5-catch games. 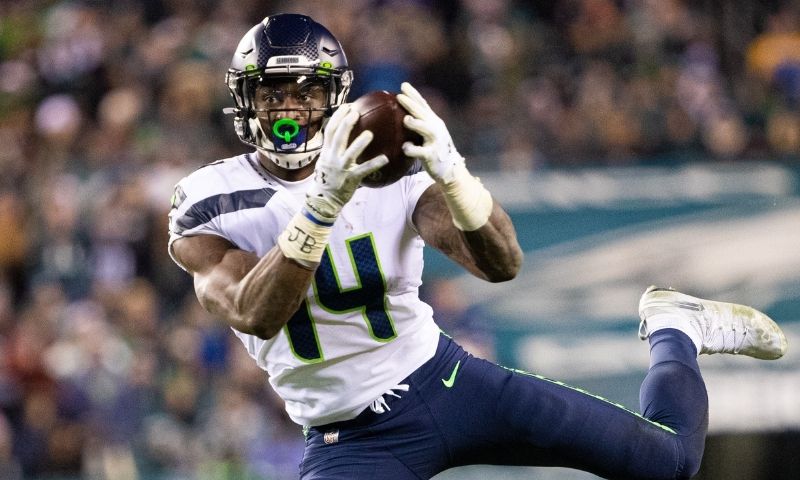