On Saturday, August 17, 2021, former professional MMA fighter Ben Askren will step into the ring with YouTube star and internet celebrity turned boxer Jake Paul for what has turned out to be a pretty attractive boxing match for the betting community. While it does feel a bit foolish to be writing about this fight, sports betting should be entertaining, so let’s have some fun with this one.

As of Saturday morning, Paul remained the betting favorite, listed in the neighborhood of -175 to Askren’s +140. As always, if you are going to place a wager, make sure you shop around for the best price available to you. It doesn’t matter which side or which bet you’re taking – just shop around.

At the time of writing, FanDuel Sportsbook had Paul priced as a -186 favorite and Askren as a -146 underdog.

Since stepping into the boxing arena, Paul has had a few fights. Two of the fights have been professional bouts, first against YouTuber AnEsonGib and then second against former NBA player Nate Robinson. Paul TKO’d AnEsonGib in the first round. Against Robinson, Paul knocked him out in the second round.

We can think whatever we want of Paul, but it’s hard to argue that he’s grown quite nicely as a boxer. Is Paul ready to step into the ring with lifelong boxers? Maybe not yet, but this test against Askren could answer a lot of questions in that regard. What we’ve seen from Paul so far, albeit against non-professional boxers, has shown that he’s certainly been working on his boxing ability.

Paul has a few inches on Askren, standing 6’1″. Askren comes in at 5’10”. Both weighed in at right around the same weight, with Paul weighing 191.5 pounds to Askren’s 191 at the official weigh-in.

As for Askren, he’s a former professional MMA fighter. He was never known for his striking ability, though. In fact, he was generally considered a pretty bad striker. That said, he still lasted a decade-plus in professional MMA, fighting in Bellator, ONE Championship, and the UFC. His professional MMA record is 19-2-1 with six knockouts and he last fought in 2019, when he had three fights in the UFC. Askren was undefeated through 19 fights before he lost to Jorge Masvidal and then Demian Maia. Askren lost to Masvidal via an incredible flying knee that KO’d him in the first five seconds.

So, where do we find the value in this fight? It’s with Askren as an underdog.

Keeping in mind that this type of professional-celebrity fight could get funky, it’s hard to not take +140 (or better if you can get it) on a former professional MMA fighter. Yes, Askren wasn’t the best striker in the world, but he still spent more than a decade in the professional fight game taking on some of the greatest athletes in the world, let alone the sport of fighting. Even if he’s not able to connect with the most volume and precision against Paul, Askren should be able to apply his defensive maneuverability that nearly all professional fighters have and train for.

No professional fighter is entering a ring or an octagon looking to get hit (well, maybe some are) and they train to avoid contact. The contact fighters like Askren are used to training to avoid are elite professional athletes. We’re not saying that Paul hasn’t become quite the athlete and a very good boxer, but it’s hard to imagine he’s become as elite as the fighters Askren spent his entire career going against.

Another bet we don’t mind dabbling with is a fight prop on how Askren will win. You can find Askren to win by decision at around +350. We’ve even seen this prop upwards of +400, so again, it pays to shop around if multiple sportsbooks are available to you.

Askren was always one of the best grapplers in mixed martial arts, and grapplers tend to have good endurance and know how to defend and extend fights. If Askren took this fight anywhere near serious, then we’re going to bank on his tank outlasting Paul’s. He can remain the fresher fighter throughout and use that extra energy to land points on the scorecard in order to get a decision victory. We also like taking Askren to win via decision because of what we said before in that he’s not the best striker in the world.

Whether you’re betting on this fight or not, it should be interesting to see how Paul stacks up against someone who spent a career in the fight game and had success doing so. If Paul ants to be considered a legit boxer, he’s going to need to handle business against Askren, who, while a former professional fighter, isn’t a boxer. 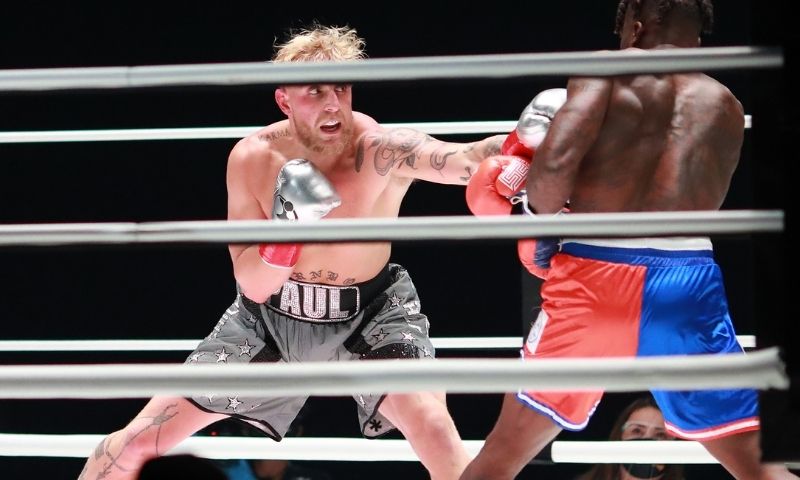