SharpSide looked around the legal sports betting industry and found that several sportsbooks have an Aaron Rodgers player prop for passing yards in 2020 between 3,850 and 3,950. The question is, is this player prop set at too low of a number? Let’s take a look.

Since being named the starting quarterback for the Green Bay Packers in 2008, after the team moved on from Brett Favre, Rodgers has 10 seasons in which he played 15 games or more. He’s started all of those games in those seasons. Rodgers’ lowest single-season total for passing yards during those 10 seasons is 3,821. That came from the 2015 season and was the only time from those 10 seasons when Rodgers threw for fewer than 3,900 yards in the regular season.

Only one other time during those 10 seasons did he throw for fewer than 4,000 yards in the regular season. That was in 2010 when Rodgers put up 3,922 passing yards.

Rodgers is 36 years old and will turn 37 in December. That might sound old for a quarterback, but Rodgers is still is good shape and pretty mobile. He should also have a big chip on his shoulder given that the Packers traded up to draft Jordan Love, who many are identifying as the successor to Rodgers.

A question mark bigger than Rodgers’ age is the group he has around him, specifically at the pass-catching positions of wide receiver and tight end. He could still have enough around him to put up big numbers, though.

Rodgers’ top target is Davante Adams at WR, and Adams is an absolute stud. Over the past four seasons, Adams has averaged 1,066 receiving yards. His best output was in 2018 when he recorded 1,386 receiving yards in 15 games. Last season, Adams played just 12 games but still put up 997 receiving yards. A 1,000-yard season can be expected from Adams, even if he ends up missing a couple of games. Just look at the season player prop for Adams’ receiving yards at FanDuel Sportsbook, where the over/under is listed at 1,200.5 yards.

Outside of Adams things get a bit iffy for the Green Bay receiving group, but Rodgers made it work last season and led the team to a 13-3 record while throwing for more than 4,000 yards. Allen Lazard found some success with Rodgers last season, averaging 13.6 yards per reception, and that’s a better average than Adams has had during any season in his career. If Lazard can grow into that go-to second option for Rodgers, it’s only going to help Rodgers hit the over on his passing yards player prop.

Now, the Packers do lack in the tight end department. They have some young guys there, including Jace Sternberger, but we don’t really know what, if anything, they’ll be able to provide. That said, running back Aaron Jones has shown he can be a pretty capable receiving out of the backfield.

With a career average of 7.7 yards per passing attempt, Rodgers would need to throw the ball 520 times to break 4,000 passing yards in the regular season. In the 10 seasons he’s played 15 regular-season games or more, Rodgers has averaged 547.4 passing attempts. That would equate to more than 4,200 passing yards.

Another thing to factor is in Green Bay’s schedule. There are several games on Green Bay’s schedule that could turn out to be shootouts, which leads us to believe that Rodgers will be throwing more. In Week 3-5, the Packers face off with the New Orleans Saints, Atlanta Falcons, and Tampa Bay Buccaneers. The team also has games against the Houston Texans, Jacksonville Jaguars, Philadelphia Eagles, and Carolina Panthers, in addition to playing the Detroit Lions twice. We could see Rodgers putting up a lot of yards against these secondaries.

Assuming Rodgers can fade injury, we like the prospect for Rodgers to come in right around 4,000 passing yards on the season and we would pick him to hit the over on the various passing yard props posted. Of course, bettors should line shop as best they can. In this case, DraftKings Sportsbook has the lowest number at over/under 3,850.5 passing yards for Rodgers. 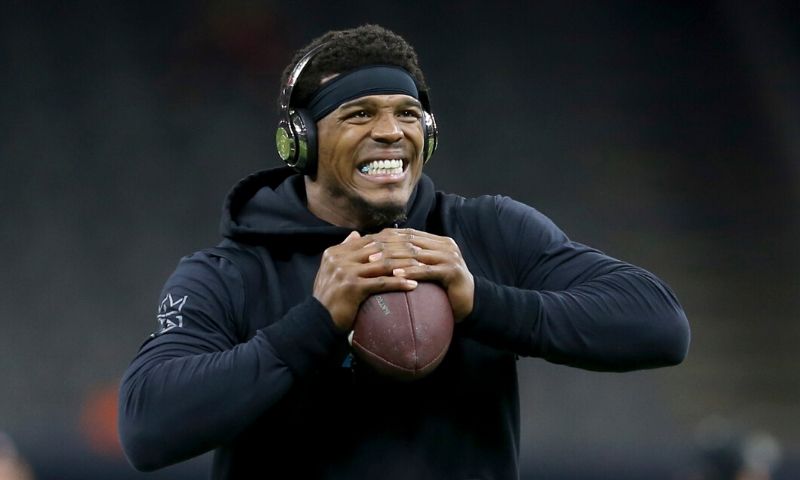 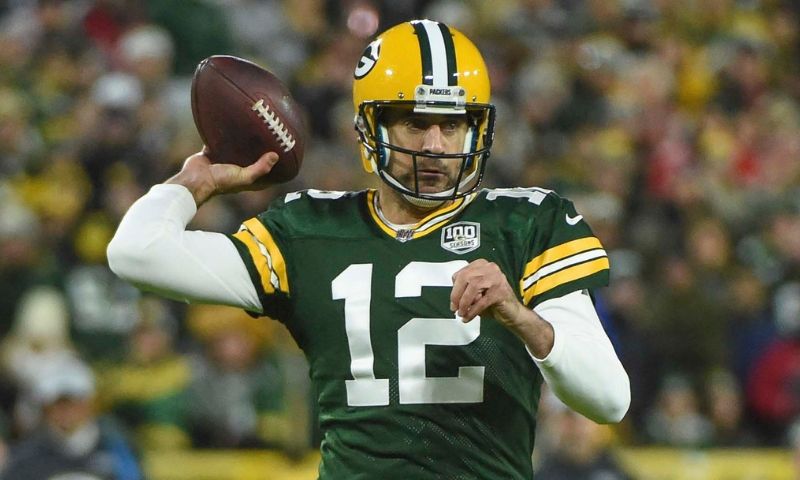