Last weekend was pretty uneventful. Oregon beat the brakes off of Nevada and it came down to Oregon State and Hawaii to get us to profit land as we were 2-1 heading into the late game. Everything looked great at halftime, with 49 points scored in the first half, but then things came to a screeching halt and the teams combined for 10 points in the entire second half. Oh well, we move on.

Our current record is 3-9, but we’re not going to shy away from it. It’s time to make that money back. There are some really good bets on the board this week, so let’s get to it. All lines are from DraftKings Sportsbook unless otherwise noted.

Navy has one of the least experienced teams in the entire country and that is going to haunt them early in the season. They brought in a new defensive coordinator from FCS Kennesaw State and will be implementing a new scheme. Navy doesn’t recruit well at all, so anytime they lose a big chunk of their production it’s going to be a struggle early on.

Navy has one absolute stud in slot back CJ Williams, who was vastly underutilized last year. If the Midshipmen do the same, it will be another long season.

It’s going to be a much better offense for ECU this year with Holton Ahlers returning after a decent freshman season. They have a ton of talent at wide receiver and Darius Pinnix has looked like a real talent in the first couple games of the season. If ECU pulls off the upset, I won’t be the least bit surprised.

Chalk, chalk, chalk. This line has moved a bit, but I still see value. No. 18 Michigan State might have the best defense in the country, and the strength of that defense is the line. On the other hand, Arizona State’s offensive line is absolutely atrocious. ASU has given up six sacks this year to the likes of Kent State and Sacramento State. Joe Bachie and Kenny Willekes are going to wreak havoc and this game might end up with Arizona State doubling its sacks allowed.

Stud running back Eno Benjamin is even struggling against poor competition behind this line, averaging just 3.7 yards per carry against two of the weakest defenses they’ll face all year, after averaging 5.5 yards per carry last year. This offense is really going to struggle against a defense allowing just 3.6 yards per play this year.

On the offensive side, Michigan State has healthy weapons once again, after missing half of their playmakers last season due to injury. Elijah Collins has burst on the scene to the tune of 8.4 yards per carry, and quarterback Brian Lewerke has legitimate weapons at wide receiver in Darrell Stewart and, to a lesser extent, Cody White.

This is not going to be a fun time for Arizona State and they’re going to greatly struggle to score the ball. I’ll take Sparty in a blowout, 31-10.

The market has a ton of faith in Kentucky to score points without Terry Wilson. Instead, they’ll be led by Sawyer Smith, a transfer from Troy. Smith actually had a pretty decent season last year at Troy, completing 63% of his passes, but that was against Sun Belt competition and not against one of the most talented defenses in the nation. Kentucky was already short of their 2018 talent before losing Wilson, only bringing back 51% from last season. Now, they lose their quarterback and all offensive continuity they may have had is gone.

No. 9 Florida got the kinks out against Miami and rolled over UT Martin and are now prepared to rip Kentucky to pieces. Feleipe Franks is going to look infinitely better than he did against Miami, with a couple games under his belt; Kentucky’s defense is also not nearly as talented as Miami’s. CJ Henderson’s probable absence isn’t a good thing for the Gators, but they have a plethora of talented defensive backs that will be able to fill the void. Some will point out that Kadarius Toney will be a big loss, but he’s not been nearly involved in the offense as a player of his talent should be, so the loss isn’t that big of a deal to me.

Kentucky has shown poorly on defense in the first two games, allowing Toledo to run for 181 yards and 3 touchdowns and Eastern Michigan (of all teams) to throw for 337 yards and 2 touchdowns. This defense is full of holes and the Florida offense is going to find them. Gators in another blowout, 38-13.

*Line is from the Westgate Las Vegas SuperBook.

This UCLA team already doesn’t care. Chip Kelly can’t get these guys to buy in or even really try that hard. Dorian Thompson-Robinson is an absolute bust in the mold of his Bishop Gorman predecessor Tate Martell. The Bruins have mustered an astounding 3.7 yards per play through two games, granted they were against formidable defenses in Cincinnati and San Diego State, but that’s just not going to cut it.

UCLA’s defense looks to be slightly improved, but this offense for No. 5 Oklahoma is like nothing they’ve ever seen before. Jalen Hurts has this offense clicking just the way it has in the last two season with the other Heisman Trophy winners and it doesn’t look to slow down against UCLA. CeeDee Lamb, Charleston Rambo, and Jadon Haselwood are as explosive as any trio Lincoln Riley has had in the past, and the offensive line looks just as dominant as ever. This game could be over and Kelly could be fired by halftime. This one is gonna be ugly, folks, Oklahoma 55 and UCLA 24.

That’s it for another short card this week. Hopefully we can start to get back on track with these plays. Best of luck in whatever you do with this information, but most of all, have fun. 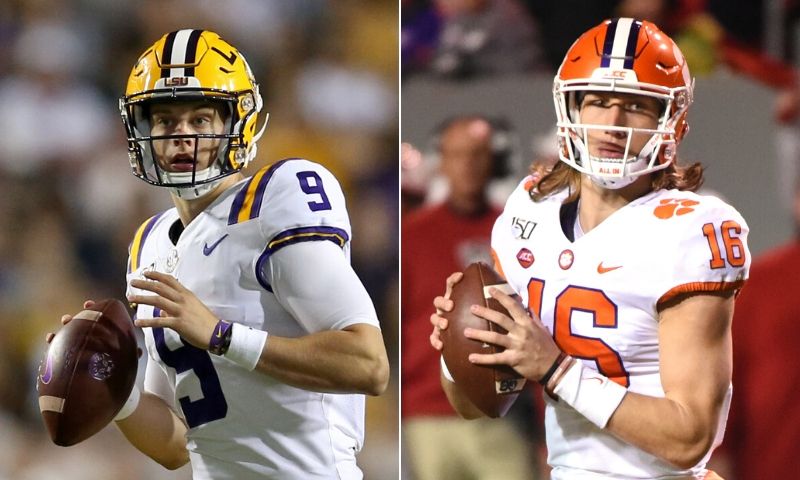